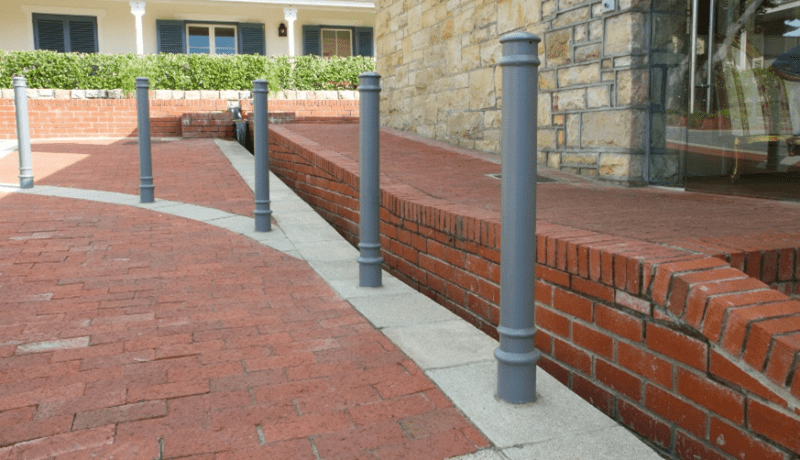 From city streets to outside businesses to alongside parks, you can find a bollard integrated into the landscape of most urban spaces. Bollards have been performing important functions in public spaces for centuries. From eighteenth-century canons to modern designs, we take a brief look at the history of bollards and explore Street Scape bollards made today.

We take a look into the history and evolution of bollards.

From as early as the seventeenth century, numerous countries have used a bollard to perform various functions, such as hitching horses or as walking guides. At the start of the eighteenth century, the most prominent use for a bollard was for mooring boats. Bollards were located on quaysides and as boats docked, the boat ropes would be tied around the bollard. This kept the boats safely moored whilst the boat was being loaded or unloaded.

Cannons were also used as a quayside bollard because of their design. Cannons were strong and heavy which provided a secure bollard for mooring boats. The cannon would typically be buried muzzle-first, which gave the bollard a sturdy anchor. The astragal, trunnions, knob, and reinforcement rings were helpful for tying the mooring lines as they could catch on these cannon features. 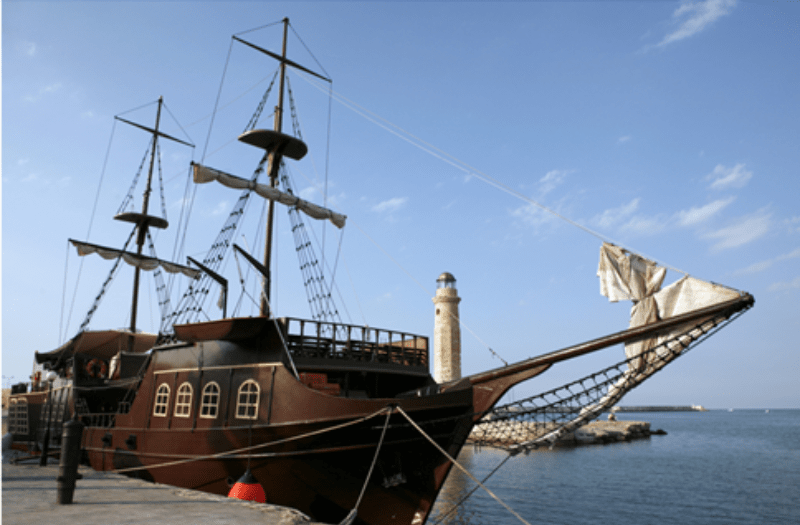 Using cannons as a bollard is most typically associated with the British Isles, but they were also used in areas such as Cuba and Nova Scotia. Currently, there are still some of the original cannon bollards in these areas. The use of cannons as a bollard in England also gave rise to an urban myth.

It was rumoured that when the British Royal Navy won the Battle of Trafalgar, the French ships were stripped of all their cannons. These cannons were said to have then been brought back to England and used as a bollard to demonstrate the British victory against the French. This is inaccurate, but still a widely known myth in England to date.

From Quaysides to Roadsides:

Towards the end of the eighteenth century, cannon bollards started being used alongside roads as well as on quaysides. The purpose of these cannon bollards was to be used as traffic control for carriages and to keep pedestrians and buildings safe in busy towns.

Although cannons were used, they did not serve as much purpose as they did along the quayside. For example, the trunnions, knob, astragal, and reinforcement rings which were so useful for tying the boats had no function along the town streets. These features of the cannon even caused damage to passing carriages if the wheels got caught in the trunnions.

To avoid these issues, some cannons were buried with their muzzles facing upwards so that the cannon features could no longer cause damage. To avoid the inside of the cannon becoming filled with water and debris, an oversized cannonball was placed on top to act as a lid. This is often the inspiring feature that is still present in a modern designed cannon bollard.

Transporting the cannons to all areas of busy towns was difficult, and soon wood replaced the use of cannons as bollards in towns located away from the sea or major rivers. Wood, specifically timber, was used because it was cheap, easy to source, and quick to convert into a bollard.

As motor vehicles replaced carriages, the wooden bollards no longer offered adequate protection for buildings and pedestrians against the heavier vehicles. Bollards needed to be stronger whilst still easy, quick, and cheap to manufacture. This then gave rise to the creation of the cast iron bollard.

Cast iron bollards were widely adopted, especially as busy towns transformed into city centres and flows of traffic increased. Cast iron made an ideal bollard material as it was strong, durable, and was a fairly affordable material. The downside to using cast iron bollards was that they were prone to rust, which over time reduced its impact resistance. Cast iron was quickly replaced by stainless steel due to stainless steel being rust and corrosion-resistant.

The trend of using strong bollards for protecting vehicles, pedestrians, and buildings in towns became popular across the world. Amsterdam, for example, quickly adopted this use of a bollard due to the narrow streets and numerous waterways which posed a threat to vehicles and pedestrians. Bollards are now a defining feature of Amsterdam. 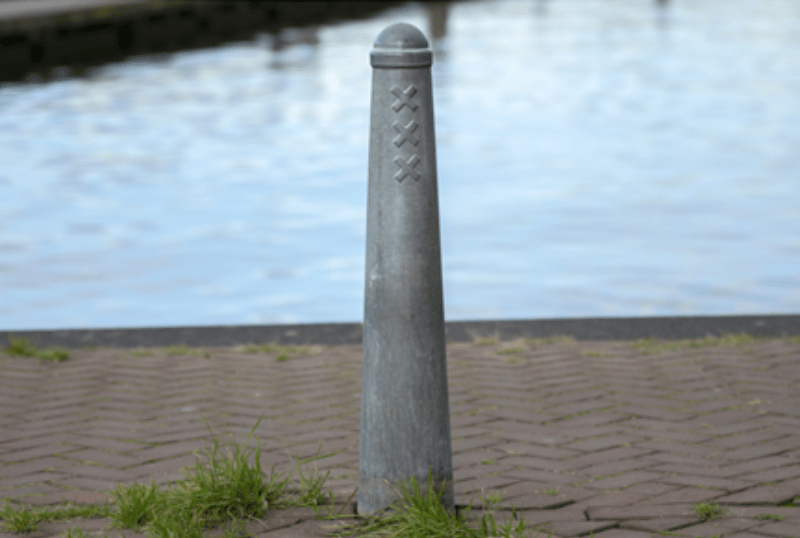 Presently, bollards are integrated into the urban landscape of countries across the world and now have a variety of functions.

Over time, bollards have evolved to have numerous features which improve their functioning in certain urban spaces. 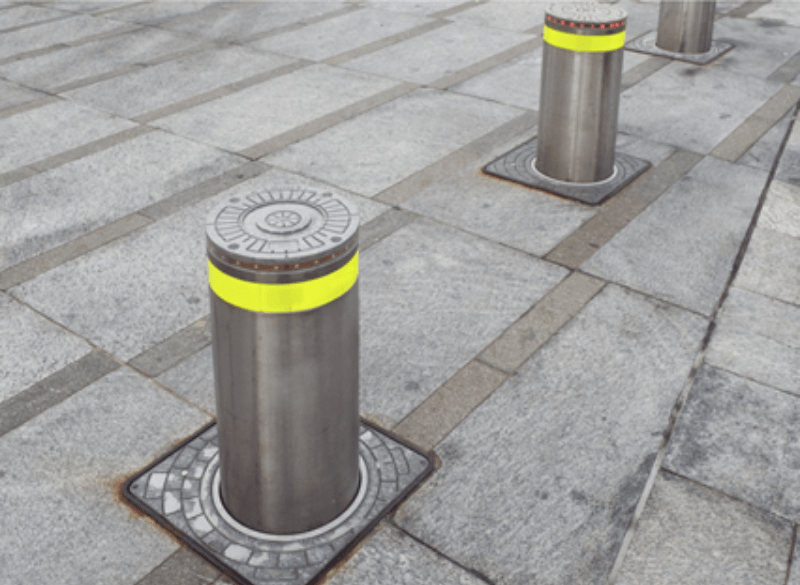 Modern bollards are typically made out of wood, plastic, concrete, or stainless steel. These materials are widely accessible across the world and are used because they are affordable, easy to work with, require little to no maintenance, and are durable. Bollard designs have also changed from being purely functional to aesthetically pleasing. You can easily find a bollard design that will reflect the design or of the urban space, business, or home. Certain bollard manufacturers create bollards that act as artistic pieces.

Street Scape is a Cape Town-based manufacturer of bollards. Our bollards are firmly mounted in the present whilst still reflecting aspects of the history of bollards.

At Street Scape, we offer bollards in modern materials of either steel or concrete. We have selected steel and concrete due to their characteristics of being durable, strong, and having longevity in outdoor settings. The strength and quality of our steel and concrete bollards ensure that they can perform as protective barriers, control traffic, and create safe, designated spaces.

The materials are also cost-effective which ensures that we can make our steel and concrete bollards affordable for a wide range of budgets. You get to enjoy both quality and affordability when you purchase a bollard from Street Scape.

History is embedded into the design of many of our steel and concrete bollards. For example, we use the Quay Steel Bollard to pay homage to the nautical beginnings of the bollard. The design of our Ball Head 50 Steel Bollard and Canon Steel Bollard is also inspired by the previous use of cannons. 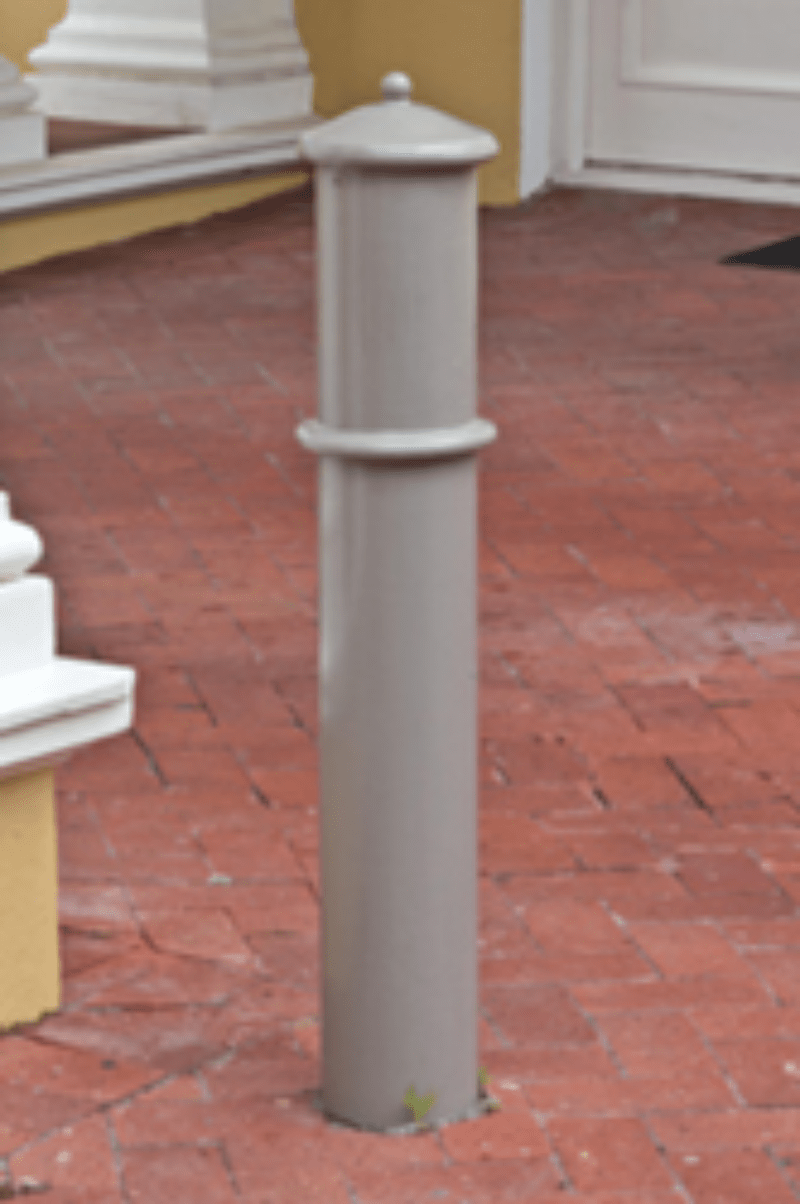 We also take inspiration from historically relevant spaces, such as the Croydon Concrete Bollard and the Stellenbosch Concrete Bollard. Creating bollards that reflect iconic spaces is important to help keep history integrated into the modern, urban landscapes.

We have also added a mounting option. For certain Street Scape steel bollards, you can have the bollard surface-mounted. Surface-mounted bollards are bolted onto the surface and are usually recommended for light-duty use. 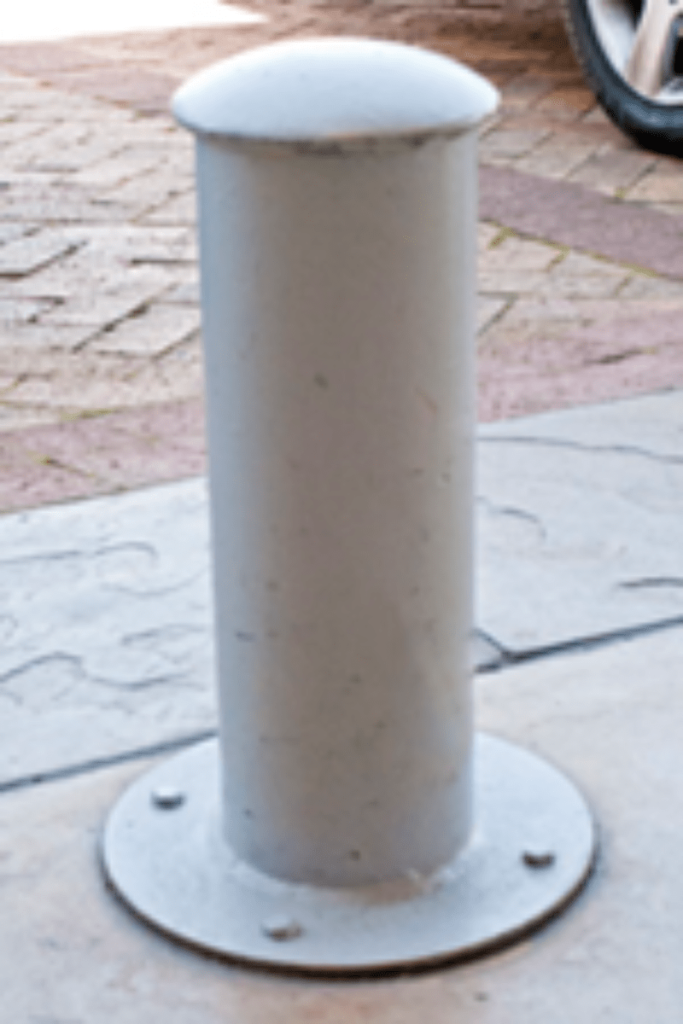 Street Scape offers a variety of finishes for both the concrete and the steel bollards. From different aggregates to powder coating to bright colours, you can select a bollard with a finish that works for your style. Our bollard finish options provide you with greater choice than what was historically available for bollard finishes.

Street Scape manufacturers a variety of landscaping elements. Alongside our bollards, we produce kerbs, concrete planters, seating, aggregate paving, steps, and more. No matter your needs for your urban space, business, or home, we have a landscaping element perfectly suited.

Should you need any assistance selecting a landscaping element for your urban project, you can contact us. Street Scape is comprised of a passionate team with experience in landscaping elements. We will offer you the best advice suited to your needs for creating a functional and aesthetically pleasing landscape.  We look back on the history of a bollard to appreciate modern-day Street Scape bollards.